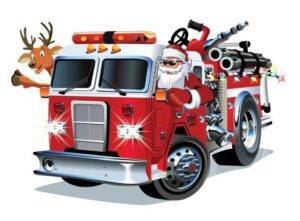 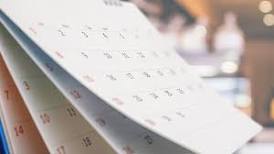 The City is looking to develop 500 Community Calendars to assist businesses, citizens, and tourists in knowing when all Community Events are occurring.

Please contact City Hall at 541-878-2225 or email TCorrigan@shadycove.org to donate your local pictures and/or tell us about your local events coming up in 2023.

300 DPI minimum and many formats allowed. You will be required to sign a release for publication.

The DEADLINE is November 30 so we can get these out for the beginning of the year. SALEM, Ore. (KTVZ) – The Oregon Department of Forestry and other fire prevention experts urge the public to exercise caution when disposing of yard debris this fall.

With the end of fire season, many Oregonians have debris piles ready to be disposed of that cured over the summer. Preferable options for removal, aside from burning, include composting or recycling. Check with your local disposal company for recycling options.

More tips on wildfire prevention, including campfire safety, motorized equipment use, and fire-resistant landscaping can be found on the Keep Oregon Green website. Find public use restrictions for Oregon Department of Forestry protected lands before your burn. JACKSON COUNTY, Ore. – After almost 150 days, the Oregon Department of Forestry (ODF) is officially calling the end of the fire season.

On Wednesday, October 26, at 12:01 a.m., fire season will officially be over in Jackson, Josephine, Klamath and Lake counties.

The announcement comes as more rain has been falling in the area, lessening the wildfire risk.

“We’ve seen longer seasons that have hung on into late October and November before, but it’s been unseasonably dry this month,” said Tyler McCarty, Southwest Oregon District Forester. “Southern Oregon is very fire prone, but the heightened risk has passed at this point with the amount rain we’ve received this week.”

Within the 147 day fire season, there were 240 fires and 21,703 acres burned in Jackson and Josephine counties. Lightning started many of the fires, starting a total of 72 in the area.

The biggest fire in the ODF Southwest District was the Rum Creek Fire, which burned 21,347 acres and destroyed two homes and six structures.

In Klamath and Lake counties, there were a total of 62 documented fires burning about 1,230 acres.

ODF Southwest Oregon District says the end of fire season eliminates all the public regulated restrictions and industrial fire precaution level requirements. This includes regulations on equipment use and the use of fire for debris burning.

“Even though we have lifted fire season, it does not mean that people should be any less careful; they are still responsible for any fire that gets out of control and spreads,” said Randall Baley, Protection Unit Forester. “Debris Burning should be attended at all times, done only during daylight hours, in cleared areas, in ‘no wind’ conditions, and meeting Air Quality guidelines.”

Many structural fire agencies also require permits for residential debris burning, so make sure to check with the local fire department for those requirements.

ODF does note that slash burning is still prohibited.

While fire season is over, officials are asking the public to be careful when burning. They say to continue to practice fire prevention when debris burning.

ODF says that fires can still spread in fall and winter conditions. 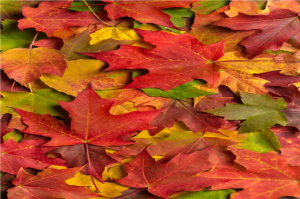 We have decided to move up the leaf collection date due to the weather and lack of limbs.  Please DO NOT bring limbs now.  We have had the trailer up since May.  We have to take the leaves to a different spot than limbs.

Bring your LOOSE LEAVES (no bags) to the Shady Cove Public Works Building.  We will accept loose leaves only.  * No garbage, sticks, or other yard debris will be accepted.  (Pine needles are okay.)

The City will have a designated trailer parked in front of the building.  Please do not overfill the trailer. MEDFORD, Ore– With wildfire smoke now a common occurrence in Southern Oregon, Jackson County and the City of Medford want to hear about how wildfire and prescribed fire smoke is impacting the Jackson County community.

According to Jackson County’s website, officials are hoping to gather community input through the “Jackson County Community Smoke Survey”.

The survey is being offered in both English and Spanish and will be available until September 30. You can find the link to the survey here: https://tinyurl.com/JaCoSmokeSurvey

Officials say that within the Community Response Plan, they hope to find ways to reduce the impacts of wildfire and prescribed fire smoke on the community.

The Community Response Plan is being created in partnership with the University of Oregon Partnership for Disaster Resilience with funding provided by the State of Oregon Department of Environmental Quality. The plan is scheduled to be completed by spring of 2023. 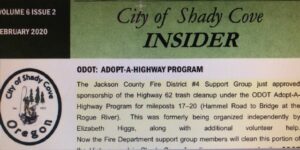 Please let us know by emailing:

We value your input.

Oregon’s wildfire environment has changed significantly in the past decade. Climate change is bringing us hotter, drier summers and historic levels of drought, resulting in severe wildfire conditions and longer, more complex and more expensive fire seasons. We find ourselves at a critical juncture when it comes to wildfire and need to take bold action to mitigate further catastrophic impacts to Oregonians, communities and our state’s natural resources.

Senate Bill 762 laid the foundation for that bold action. The bill passed in 2021 with bipartisan support and made investments in fire-adapted communities, wildfire response and resilient landscapes. Eleven state agencies are tasked with implementing the various components of SB 762. The Oregon Department of Forestry was directed to develop and maintain a statewide wildfire risk map. The map identifies the risk of a wildfire occurring in a given area to help determine where resources are needed most to protect lives and homes when a wildfire does occur.

In addition to writing the rules for map development and maintenance with a rules advisory committee, we were also tasked with defining the wildland-urban interface and assigning a risk classification at the property ownership level (1.8 million tax lots across Oregon). This work had to be completed by June 30, 2022, less than a year after the bill was adopted. We knew the first iteration of an undertaking of this scale and complexity wouldn’t be perfect, but we have been and continue to be committed to improving the map and our processes related to it. At the same time, our partner agencies are working to collect input as they develop the new codes for defensible space (Office of the State Fire Marshal) and home hardening (Building Codes Division) and address concerns related to homeowner’s insurance (Division of Financial Regulation).

We’ve been soliciting and collecting questions, concerns, and other input since the statewide wildfire risk map was released just over a month ago. We’ve received specific feedback from nearly 2,000 Oregonians that has helped us understand the key areas of concern related to risk classification. We have a window of opportunity before the new codes go into effect to take some immediate steps toward addressing those concerns, and we will be taking full advantage of the opportunity.

As required by SB 762, we posted a wildfire risk map on the Oregon Explorer on June 30, 2022 and sent notifications to property owners in the extreme and high risk classifications shortly after. In response to input received since posting, we have decided to remove the current iteration of the wildfire risk map from the Oregon Explorer and withdraw the notices sent. We will immediately begin working with Oregon State University on some refinements to improve the accuracy of risk classification assignments based on what we’ve heard from property owners thus far.

Since we are withdrawing the initial map and notifications, the current appeals process will end and any appeals filed will become moot. For those who did submit an appeal, we will be reviewing the information submitted and using it to identify any additional areas where we may need to take a closer look at the data. Please note, this decision does not impact the code development and adoption processes currently underway through Office of the State Fire Marshal for defensible space or Building Codes Division for home hardening.

While we met the bill’s initial deadline for delivering on the map, there wasn’t enough time to allow for the type of local outreach and engagement that people wanted, needed and deserved. Once this round of refinements is complete, we are planning to bring a draft of the updated map to communities for discussion and input. After another round of revisions based on local input, the map will be finalized. We will then post an updated map on the Oregon Explorer and issue new notices to property owners in the extreme and high risk classifications, which will start a new appeal period. We are in the process of developing a plan and timeline to complete these activities, including public engagement and outreach opportunities. We will share that publicly as soon as it is complete.

We know how important it is to get this right, and we’re fully committed to continuing to work with the Governor’s Office, legislators, our partner agencies, local governments, and Oregonians to do just that.

Our Welcome to Shady Cove signs are in need of repair. Our City Council is requesting your assistance to design what they will look like.

Please email your ideas or comments to TCorrigan@ShadyCove.org or call 541-878-2225.

Wildfire during a Drought

May brings renewed focus on wildfire awareness during drought