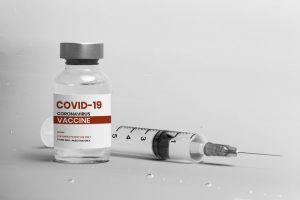 for anyone 12 years and older

If you want to register, call

Leave name and phone number and we’ll call you back.

For 2nd doses or boosters: Vaccination card helpful but not required. 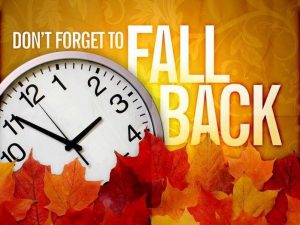 Don’t Forget to FALL BACK, Sunday, November 7 at 2 AM.

We get an extra hour of sleep!

City of Shady Cove putting out RFP for auditing services 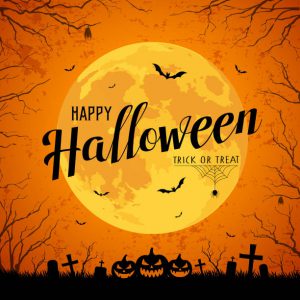 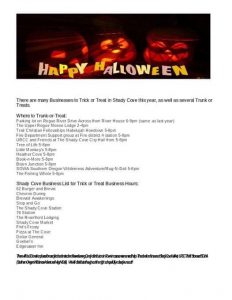 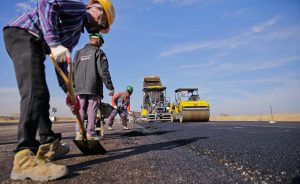 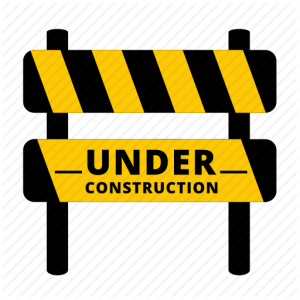 Will be CLOSED for repair work

We apologize for any inconvenience

Space is limited. Tell us your expected arrival time at https://paint-shady-cove.eventbrite.com/

NOTE: Open to Oregon residents only.

Paint in good condition will be made available to the public for free. 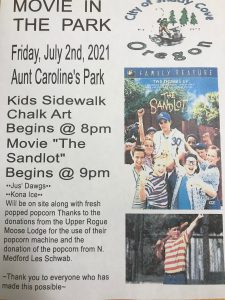 Movie in the Park Friday, July 2! 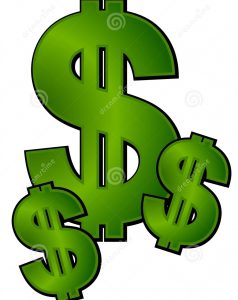 The Oregon Legislative Emergency Board on January 8, 2021, allocated $100 million to provide commercial rent relief assistance and operational costs assistance to small businesses and landlords adversely affected by economic conditions as a direct result of the COVID-19 pandemic. Following two rounds of distribution of Commercial Rent Relief assistance grants, approximately $28 million remains to be distributed through the Operational Cost Assistance Grant.

Applications for the Operational Cost Assistance Grant will be accepted beginning May 26 and awards will be selected after a random lottery process of all complete and eligible applications received. Check this page for details or sign up to be notified for COVID-19 news. 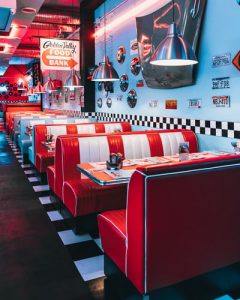 As of this Friday, April 30, for SW Oregon counties, risk levels will be:

While we are very hopeful this is the last surge and that we will see cases decline after this as vaccines increase, given the surge and increased numbers across the board, the Governor has decided to remove the “warning week” for the current and next two weeks (and the use of the “buffer week” will also be on pause). We will release movement week data on the following dates:

Due to the hospital census yesterday of 319 hospitalized cases and the upward trend that has us at a 37.4% increase, the Governor has announced that we are re-instating  extreme risk for this week. We will pull data again next week with the potential of moving all counties out of extreme risk every week if/as the hospitalizations go down (or possibly even if they simply level off). The Governor will also be calling on Metro area hospitals to pause elective surgeries until we see hospital rates come down.

There will be 15 counties moving to extreme risk on Friday, April 30th for at least one week. 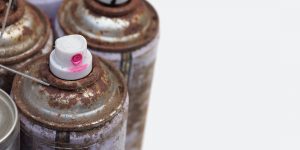 How Much Does It Cost?

No charge this year.

Examples of what to bring

What NOT to bring

While these materials are not accepted at the Household Hazardous Waste Event, many of them can be recycled for a fee at the Transfer Station. Learn more.

We do not accept paint at this event. Thanks to an Oregon law enacted in 2010, there are now local paint stores that will accept your latex and oil-based paints year-round. Go to paintcare.org and enter your zip code to find participating stores in your area. We recommend calling the store to make sure they have room to accept your paint before you visit.

All participants will remain in their cars once on site. Trained hazardous waste personnel will come to you and remove the items from your vehicle. Wherever possible, please put your items to be disposed of in your trunk or rear section of your car. Once in the unloading area, please turn off your vehicle and open the trunk or pop the hatch and we’ll take care of the rest.

Does your business have hazardous waste?

Businesses in Jackson and Josephine counties can take advantage of our special Conditionally Exempt Generator Day, held each year as part of our Household Hazardous Waste Drop-Off event. This service is by application only and appointments are made in advance. Fees are charged according to the type and volume of waste being disposed.

Download the Conditionally Exempt Generator information packet — including application form and inventory of waste to be disposed of at the event. For more information, please give us a call at 541.779.4161.